Unseated terminals in connectors are an industry wide problem. There are a few approaches related to test fixtures that mitigate the possibility of passing a terminal that is unseated. The most simplistic and least costly approach is to set the depth of the probes in the fixture to allow minimal engagement of the probes with terminals that are fully seated. Typically probe manufacturers will recommend travel/engagement of 2/3rds of the probes full travel. ECC will set the probes to reduce the engagement at the customers request for specific test fixtures or all test fixtures.

In the testing of connectors with female terminals, a type of probe called a “Hat Pin”, “Shoulder Pin” or “Step Pin” can be used in many instances to limit engagement with a fully seated terminal. These spring probes have a shoulder that stops on the face of the connector housing (with Deutsch DT04 and DT06 series connectors the shoulder stops on the wedge). The dimension of the probe from its shoulder to the tip of the probe controls how much engagement is made with the terminal. These types of probes are slightly more expensive than standard spring probes and are a cost effective approach to controlling the amount of engagement.

A third and more costly approach would be to test using heavy pressure switch pins rather than a spring probe. The heavy pressure switch pin can push the unseated terminal back, and though making contact will not pass the current because it has not compressed to its switch point. Conversely, if the terminal is seated the switch pin engages, compresses to its switch point and passes the current. It allows the for a concurrent continuity test and terminal seating test. The number of positions and the spring pressure involved will usually necessitate the incorporation of a clamp and a mechanical slide to assist the operator with engagement. 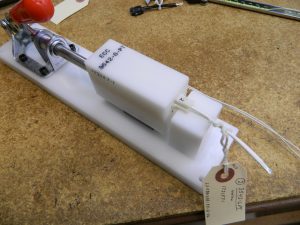 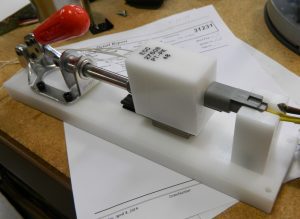 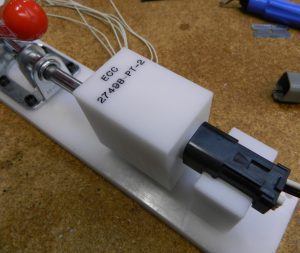